Grease trap cleaning is possibly one of the messiest problems with drains. Such things as grease, cooking oil, drain sludge, liquid waste build up can cause issues. The grease trap is located in the S section of the drain pipes under the sink, and the purpose is to retain the grease and waste stopping it from entering the waste water system. If large amounts of oil and grease from cooking escape through the grease trap it can harm the environment. When it cools, oil and grease hardens and can plug the pipes creating another problem of a blocked sink drain and pipes, possibly causing the sink to overflow. 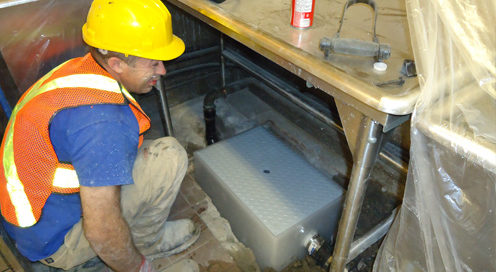 A grease trap, also called a grease interceptor, in a sink is a gadget attached to the plumbing within the pipes to store grease that accumulates after being washed down the drain. Commercial grease traps are used in businesses like restaurants, bakeries and such places as hotel kitchens, or wherever the use of extensive cooking facilities operates.

Building up over time, these oil and fatty particles create clogging and blocking of the pipes and grease trap. A large in-ground grease trap needs cleaning by a contractor who can dispose of grease and debris. In some cases, you would be able to clean and dispose of the grease at your local dump. Other than doing it yourself, the alternative is to call a grease trap cleaning contractor.

If your sink is clogged or slow in draining, it is possible the grease trap needs to be cleaned. Grease trap chemicals are not recommended in that case as they liquefy the grease only temporarily solving the problem, not eliminating the grease but causing it to harden and create more clogging and blockage.

Grease traps should be cleaned regularly to prevent drain clogging or blocking of sink pipes. Sometimes a grease trap smells bad, and because this interceptor is used as a filter for oils and fats, these substances can build up, and the trap will need cleaning. 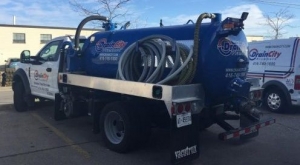 Grease trap cleaning professionals would be able to solve the problem. The grease trap cleaning professionals will begin by carefully removing the cover of the grease trap that is located under the sink in the S section of the pipe, making sure not to damage the gasket. Then the layer of grease and scum is removed, disposing of it in garbage bags to be taken later to the dump. The baffles will then be removed; these should be cleaned and rinsed before replacing them carefully. Once the waste and residue from the strainer are removed, they will then clean the bypass vent and put everything back together.

With small quantities of grease, you can take them to the local dump yourself. Bacteria additives can help prevent the build up of grease trap waste as certain bacteria can break down the waste reducing the number of cleanups required. Chemical compounds for cleaning a grease trap is not recommended as over time these can corrode the pipes.

With large grease traps, disposal and clean up should always be carried out by a grease trap cleaning professional.

Drain City provides a variety of Toronto plumber services for your home and business. Please contact us today to discuss your options and our plumbing services with a licensed plumber in Toronto.

We provide an up-front flat rate to avoid any surprises at the end. We provide only the services you need when you need it. We send superb servicemen, not salesmen. 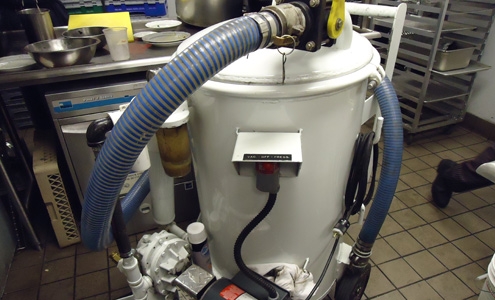 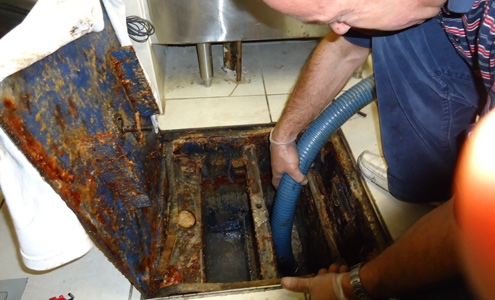 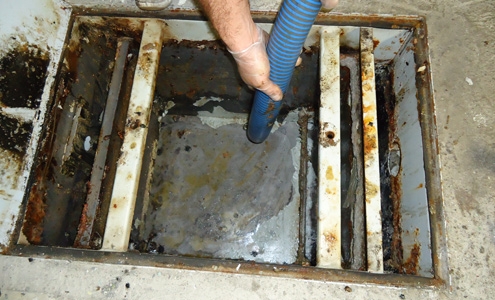 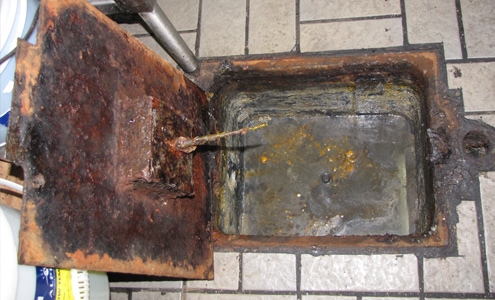 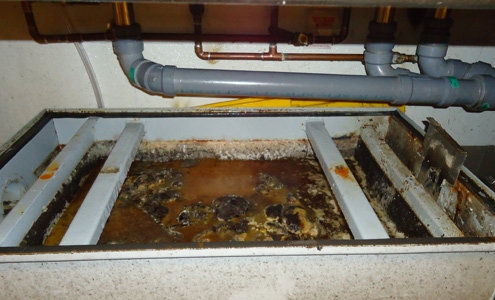 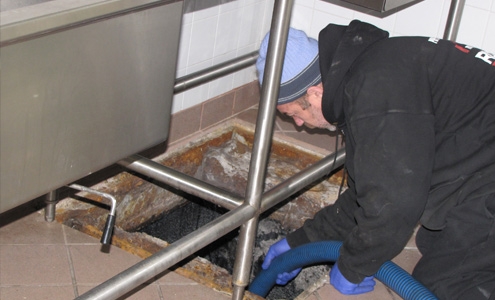 All of our plumbing service appointments are scheduled at your convenience. We provide 24 Hour emergency plumbing and basement waterproofing service 7 days a week, even on holidays. Our thoroughly stocked service vehicles are radio dispatched – they will make it to your neighborhood in record time, and do any plumbing job required.

No matter what your plumbing needs may be, you can count on our knowledgeable Toronto plumbers. No job is too big or too small for DrainCity Plumbing. Free estimates are available for all plumbing repair and installation projects as well as commercial installations in Toronto. We have the experience needed to deliver the highest quality service throughout our plumbing service areas in Toronto and the GTA. Our master plumbers assist with plumbing services for both residential and commercial customers and can always respond quickly in an emergency.

Our Toronto plumbing company is pleased to offer you a full range of residential and commercial plumbing services such as:

This site uses cookies. By continuing to browse the site, you are agreeing to our use of cookies.

We may request cookies to be set on your device. We use cookies to let us know when you visit our websites, how you interact with us, to enrich your user experience, and to customize your relationship with our website.

Click on the different category headings to find out more. You can also change some of your preferences. Note that blocking some types of cookies may impact your experience on our websites and the services we are able to offer.

These cookies are strictly necessary to provide you with services available through our website and to use some of its features.

Because these cookies are strictly necessary to deliver the website, you cannot refuse them without impacting how our site functions. You can block or delete them by changing your browser settings and force blocking all cookies on this website.

These cookies collect information that is used either in aggregate form to help us understand how our website is being used or how effective our marketing campaigns are, or to help us customize our website and application for you in order to enhance your experience.

If you do not want that we track your visist to our site you can disable tracking in your browser here:

We also use different external services like Google Webfonts, Google Maps and external Video providers. Since these providers may collect personal data like your IP address we allow you to block them here. Please be aware that this might heavily reduce the functionality and appearance of our site. Changes will take effect once you reload the page.